Please take a few seconds to respond in the poll which can be found under general topics. Thank you!

I tried to open an .animated object file, in which I used a new variable ("MusicKlaxon" variable), but the problem is: Every time I try to open the .animated (train) object, the Object Viewer crashes, the program closes itself, despite of I don't do anything (I don't keep clicking with the mouse on the screen, etc.).

In the previous / earlier versions of Object Viewer (which were published in July / August, 2019), the .animated files - containing the MusicKlaxon variable - were loaded with 1 error message, something similar to: "MusicKlaxon is not supported in this version".

I would be happy if the Object Viewer could load this .animated object at least. Could you solve this problem, please? O..O

Thanks,
Andrew (from Hungary) 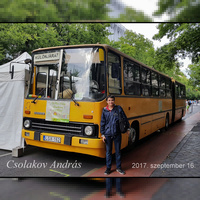 Re: Object Viewer crashes when new variables are used in .animated files

Should have a daily build available a little later which handles this.
Will hopefully put out a stable build out in the next day or two too.