I have found this app called hmmsim could use and play some route, but they tell user to convert the route if they want to play it. I mean is it legal to convert someone route ? Especially they make the route just for openbve(PC) not for mobile. And one more question, if i make route and addon from scratch and i sell it is it legal too? I mean i didnt use any texture,mesh or object someone has made.

But i think (and i'm sure about this) that Hmmsim does ONLY supporting BVE Trainsim 2 & 4 routes, but not with BVE 5 and openBVE recently. How do you even can do that anyway? force to convert them? Then i'm sure there's so much error will be occured at the game. I tried this and nothing worked.

Also as far as i know open-source content have no rights to prevent anyone to convert it. Don't know what others will say. CMIIW 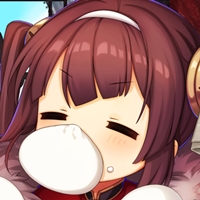 "Is this legal?" should've been said when I saw a person playing an openbve route on a desktop using hmmsim running in android emulator

On a serious side, this is a borderline issue. Similarly to BVE5, there's a converter tool that makes BVE2/4/openbve data compatible. But with hmmsim, in many cases you have to outright edit data manually so that it'll probably work and that might violate release license.

Definitely not legal to upload hmmsim-converted data without creator's permission. (on the other hand, this has saved a few very rare BVE2/4-era routes that were previously considered extinct and then carefully restored to the original state using lost sounds and route/station names from their BVE5 versions. But still, they weren't released publicly after to respect the original content's license.) This is also the reason why some Japanese devs keep links to BVE4 data alive, because the original creator has allowed to host the original files, but not to update them (which is also very useful for openbve users, as BVE5 parser is still very incomplete)

I've had to tell them to "cease and desist" in the past over a "borrowed" work which was displayed on YT, a very poor quality effort it was too.Obviously, I wanted nothing to do with this unauthorised rubbish. I have not, and never will, grant permission for any celtictrainsim routes to be adapted for mobile use.

>NakanoS
Yup i know hmmsim natively support bve2&4 but if you search "hmmsim openbve" on youtube there will be some tutorial how to convert it. But yeah the chance to works its very low and a lot missing texture etc

>Delsin
Yeah I think converting bve2,4,openbve to bve 5 is ok atleast its same game(bve to bve or to openbve) and they allowed by addons creator to convert it.

Converting the routes and using them in Hmmsim is an allowed thing - AS LONG AS you do not distribute/sell the converted route/train without the original route/train developers' permission. I think this summarizes it all.

By the way, OK, let's take a look in BVE vs. Hmmsim compatibility a bit.

Hmmsim 1.1.2 is only compatible with BVE 2.6/4.2 route/train commands - it doesn't even support animated file format and train.dat files starting with first line as "OPENBVE" instead of "BVE2000000" or "BVE122000" makes the game crash if wanna load such trains -, while Hmmsim 1.2.3 is already compatible with some commands of openBVE 1.4.3 too (newer functions of openBVE are actually newer than Hmmsim 1.2 itself, so don't use them if you want to keep backward compatibility), it can already load animated files as static objects. But you have to forget using the $Include, the $Sub and the $Chr commands if you want to make your BVE route compatible with Hmmsim.

I myself have already done a lot of converts for myself and some of them are already available on my homepage's GDrive storage of downloads too - for example, check out Budapest Metro Line M4's openBVE version and check out its Hmmsim version too. It can be a great example of showing the limitations of BVE-Hmmsim compatibility. It loads both in Hmmsim 1.1.2 and in 1.2.3 flawlessly while openBVE version also works without any errors in openBVE 1.4.3. (The reason why it isn't yet optimized for newer openBVE versions is the bad AI behavior of newer versions that I've already mentioned here.)

Oh, and one more thing: do NOT look for Hmmsim on VK - be warned that it is a fully unofficial, unoptimized, unsupported and illegal way of distribution of BVE/Hmmsim addons. You can only find supported and optimized Hmmsim addons on the original BVE route developers' websites, such as mine or BVE Club.

I hope this makes these debates get clear for everyone.

Similar topics
» Is this legal?