Beuatiful! But how to switch on front lights? 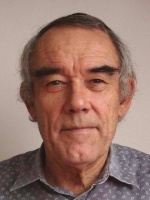 It never gets dark in Ireland!

I don't bother with lights as all of the Ballyfeckin routes are in daylight.

I think that normal operating procedure is to just have the LED lights on, not the 'whole set'

The previous version used a 'glow' to make the lights seem to be on. That earlier version had a flat (ish) front, this one has the "lights" at an angle, so I was thinking a glow might look odd if it was applied.


Update:
In the interest of science I have tried a glow on the led lights and it does seem to work, even at a ridiculous angle. So its been added to the end cars and is being uploaded as this is posted. Permanently lit, no switch involved!

Wow, that was fast.

Great stuff Gray, a fantastic upgrade to an old model

The first 22000 appeared well over a year ago, plus I didn't hold the rights to the cab textures, so it had to be rebuilt. I hope it's worth it, cos its gonna be busywith a new route this year.