I have an GTX 650 Ti BOOST, running on Windows 10 1909. Whenever I open it even without an object loaded, when I move around with a small window(not full screen, just the original window size once the object viewer launches), my gpu would go up to 30-50% due to the Object Viewer. Both on 1.7.0.3 and the latest nightly build. It became way worse when I full screen it(or pass a certain resolution). Not moving at all without object loaded on full screen will go up to 30-32%, once I moved around, it goes to 100% with only 1-2 fps on the Object Viewer. This applies with or without the object being loaded. 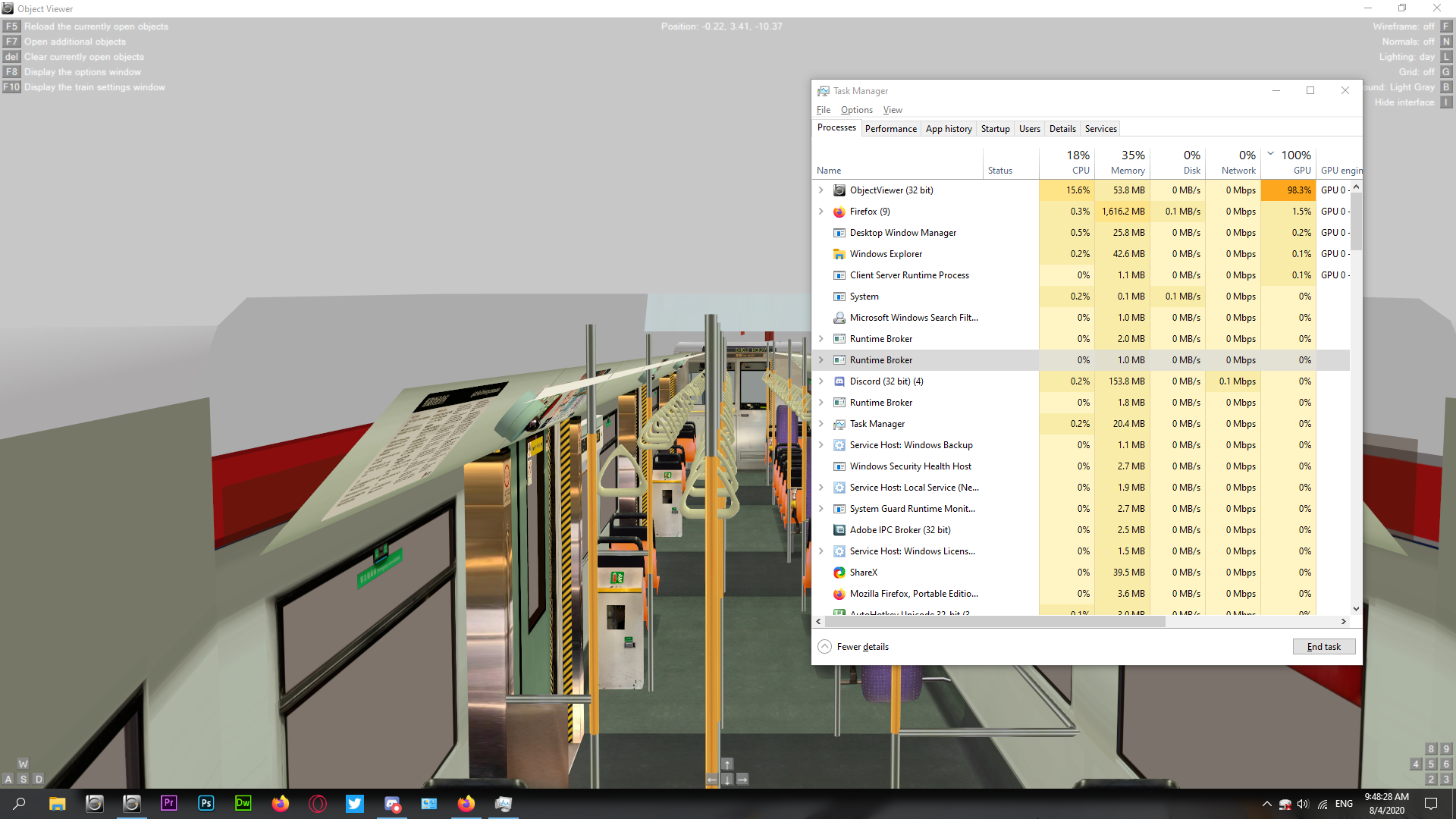