Today's build of openBVE introduces a major new feature: A parser for MSTS models in the .S format.

Both compressed binary and uncompressed textual models are supported.

A couple of screenshots next, both from the default content: 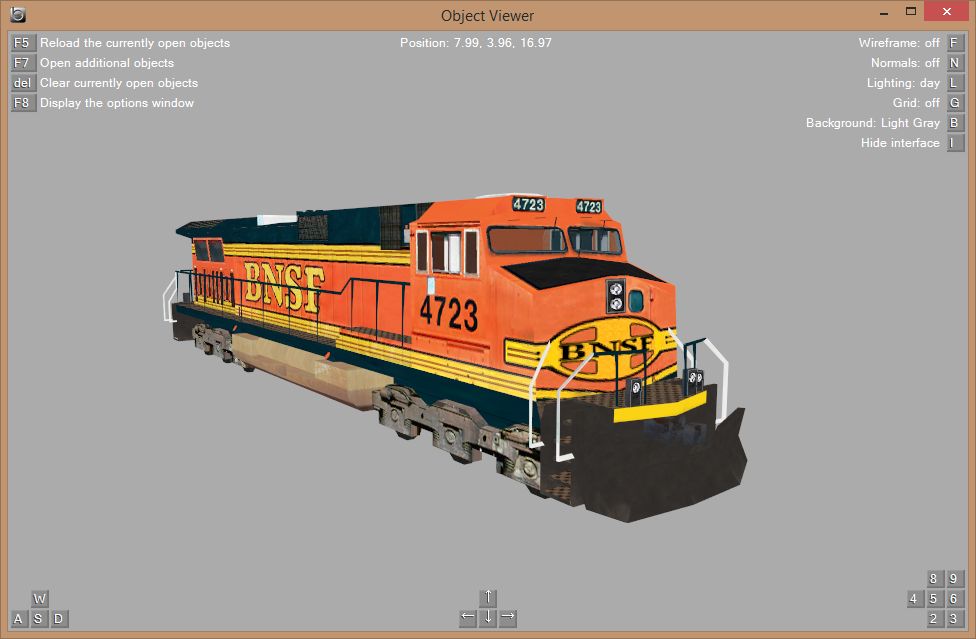 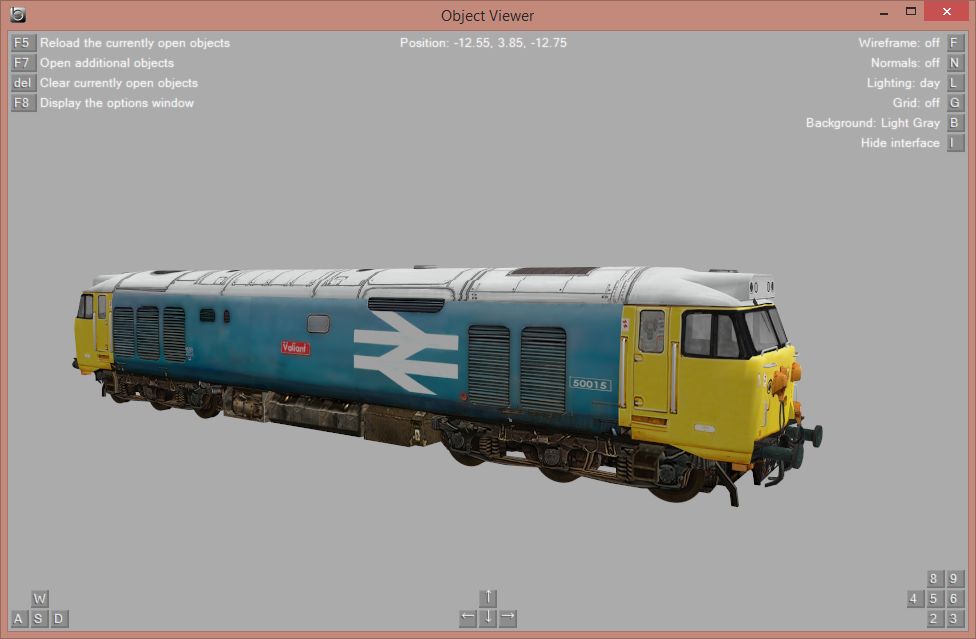 Whilst this represents a massive opportunity, please be considerate and respect the rights of those who have created models for MSTS-
This *will* be being enforced by the moderating team.

Wow. Thank you so much. I think this could really help a lot 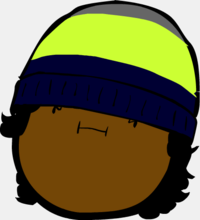 An unexpected error occured (Could not load file or assembly 'Formats.Msts, Version=0.0.0.0, Culture=neutral, PublicKeyToken=null' or one of its dependencies. The system cannot find the file specified.) while attempting to load the file H:\Program Files (x86)\Microsoft Games\Train Simulator\TRAINS\TRAINSET\ACELA\acela.s

No idea why these things always work locally, but not in the automatically built copies


Tested and working on a clean machine

(Note: Testing the acela.s file, I think the rotation on the windscreen wipers may be glitched, but that's likely related to the lack of animations. Pantograph is also permanently down)

Sir Chris
I did try use of a microsoft train with the S file for a lokomotif
though I am having problem with object backwards on the track
and the rotateyfunction not allowed the turning to correct direction.  How do I use the s shape and rotateyfunction?

Good day and night for you
Hijau

Use the following in extensions.cfg:

Sir Chris
In making the lokomotif have the head lamps working b3d with animated
to the animated combination file with the shape s that is backwards
I must think again how to do this?

Good day and night for you
Hijau

Checked it out and looks promising. Oddly though, animated pantographs are raised while other animated parts (doors, mirrors etc) remains in "stowed" positions.
Will the animations be supported later?

To be more specific:

MSTS animations are based upon a set of keyframes defined by quaternions. Our first problem is that the internal animation system isn't written around keyframes, but rather straight linear interpolation between values.
This isn't insurmountable in and of itself, just a pain in the neck I haven't thought about yet.

However, if we get the function itself working, most of the useful animation targets aren't something we currently support; For example, openBVE has no internal concept of a wheel or it's rotation position per-se, you've instead got to manually work out the wheel position / offsets yourself from the supplied data. (Animating the valve gear on the Manor, I ended up writing an entire set of plugin functions to do this)

All in all, there may be some of the more generic ones at some stage, but nothing promised quickly.

Quick question in regards to using MSTS objects, I'm just trying something, I've downloaded a train from UKTS, I've found the objects for it and can get the .s files to open in Object Viewer but I've tried to add a .s file into a route and use is an a train exterior but can't get it to work, do I need to do anything to the .s file or any part of the MSTS train file for it to work as it should?

Digging up a two year old thread here I know, but I've finally had some look using MSTS train external objects, I've used the FGW 180 paired with the BVE4Trains class 180 and I must say it looks rather tasty.

I know this could turn into a potential minefield in regards to copyright but for personal use I can't see any issues.

I think the biggest stumbling block would be getting in contact with the original MSTS developers as most of the content is approaching 20 years old... 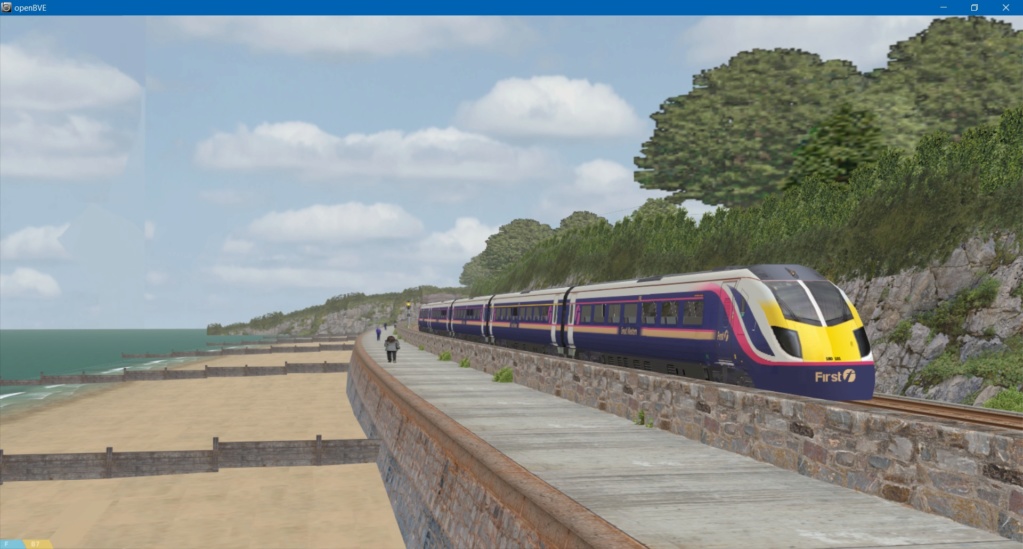